In Bowers v. P. Wile’s Inc., a case from the Supreme Judicial Court (SJC) of Massachusetts, one afternoon in 2011, plaintiff went to a garden store owned by defendant in Cape Code.  While she was at the garden center, she was walking on a walkway in the parking lot that was about six feet in width.  While the walkway was paved, the area next to the walkway had gravel stones commonly known as rivers stones in the masonry and rock industry. 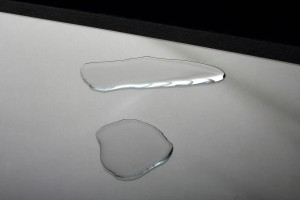 While this was in the parking lot, it was also an area in which the stores display merchandise.  Anyone who has gone to a garden center, or even a big box store, is likely aware that stores like these tend to display plants and trees in front of the store in what is essentially part of the store’s parking lot for customers to look at.

While plaintiff was walking on this walkway, she allegedly tripped on one of the river stones that had found its way onto the walkway.  She alleged that she did not see the river stone on the walkway before she walked into it with her foot and tripped. This walkway had been there with the gravel next to it for more than a decade, and there had never been any other complaints of someone tripping and falling on the stones.

However, despite the fact that nobody was injured by the presence of the stones, the store was aware that they sometimes end up on the walkway, as employees would have to sweep them back to the gravel where they were supposed to be.  The store even set up a task for employees where they would regularly inspect the walkway and clear it of any stones. As our Boston personal injury attorneys can explain, this could be used to show that a defendant had actual knowledge of a potential dangerous condition.

In this case, the trial judge granted a motion for summary judgment on behalf of defendant and dismissed the complaint before a jury could hear evidence and rule on the issues. The reason for the dismissal was the defendant argued the defendant was not liable under a premises liability theory because under Massachusetts law, the defendant is not liable when an outside object (in this case a stone) ends up on their property and causes an injury to plaintiff unless the defendant had actual or constructive knowledge the stone was there. The plaintiff argued that even if this was true, the mode of operation theory would allow her to prevail, and the court rejected this argument.

The mode of operation theory states involves a defendant conducts their business operation in such a way that they knew or should have known of a potential danger such as this stone.  The fact that they put merchandise on the path and employees regularly check for stones was enough for the SJC to find that the mode of operation was applicable in this case.  That does not mean that plaintiff will win, but it does mean a jury gets to hear the case.