If a plaintiff accepts any money from an insurance company following an accident which was not their fault, an insurance company may offer money in exchange for signing a general release and waiver of further liability in connection with the accident. Victims of an accident  involving personal injury should not sign such a document or accept any money until first speaking with an experienced personal injury attorney to see if signing this document is really in their best injury, and in most case, signing the document is not. 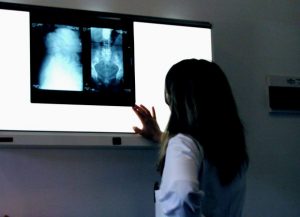 If a person in involved a serious car accident in Boston,  at-fault driver’s car insurance company will typically have a claims adjuster contact plaintiff, (or plaintiff’s family in cases where plaintiff is incapacitated) within 48-hours after the accident. These claims adjusters will generally act friendly, as if they are just trying to help. It is essential to understand they work for the insurer, not you.  This means they do not necessarily have the injured party’s best interest in mind. They are tasked with settling cases for as little money as possible so their employers can make more money.

As our Boston personal injury lawyers can explain, if a plaintiff accepts any money and signs a general waiver and release of liability, they are generally prohibited from suing the defendant or collecting any money from this specific defendant in connection with the accident. While this typically involves a car accident case, there are many other cases where a plaintiff must sign a waiver of liability to obtain settlement proceeds such as a slip-and-fall case or a even one involved a daycare injury.

This creates a serious problem for the plaintiff when he or she accepts as little as a few thousand dollars for a case ultimately involving hundreds of thousands of dollars in medical bills and other rehabilitation expenses, and this does not include damage for pain and suffering which often makes up a large part of the award in a car accident lawsuit or other type of Boston personal injury case.

It is also important to understand in the vast majority of cases, a court in Massachusetts will dismiss a case if plaintiff has signed a release of liability as they are generally effective and not void by the law or other reasons such as public policy.  Massachusetts is one state which especially weary of dishonoring those boilerplate liability releases often required before participating in a recreational activity, and it is much harder to overrule a waiver that has been signed following an accident when settlement money has been paid to plaintiff.

In Schaefer v Sioux Spine & Sport, plaintiff was seriously injured in a car accident. In this accident, plaintiff was the passenger in a car that was stopped at a light.  Defendant was behind plaintiff, and said he was distracted and looking at a gauge on his dashboard when he crashed into plaintiff’s vehicle.  The investigating officer alleged defendant was responsible for the accident and issued a citation for what is essentially known as tailgating.

Following the accident, plaintiff said she had pain in her back and neck and was given a ride in an ambulance to a hospital.  This is the correct thing to do following a car accident or any other type of accident resulting in personal injury since it will help to make sure plaintiff receives any needed medical treatment and it also preserves a record of the accident that can be very helpful in a Boston personal injury lawsuit.

In this case, she was treated at the hospital for her chest pain and it was determined to be a strain caused by the seat belt.  Within a day or so, a claims adjuster contacted her and they discussed the case. Plaintiff was asked for an amount of money that would satisfy her.  She was on Supplemental Security Income (SSI) benefits for mental impairment and said she didn’t really understand any of this, but said $500.  The insurance adjuster said that would be good plus an additional $3000 for medical bills that were actually $8,000.

Ultimately, she went to a chiropractor who pressed on her chest and they heard a snap.  It turned out she had a hematoma as well and her actual medical bills totaled around $400,000.  She filed a lawsuit with the help of an attorney ,but the case was dismissed because she had signed a waver in exchange for the $3,500.

On appeal, the court concluded that if she was strongly persuaded by the claimants adjuster, and she suffered from a mental illness that made it even more difficult to understand the situation, she may have been induced to sign the waiver using indue influence and that would make the waiver void.  The court did not say it was definitely void due to undue influence, but that there was a genuine issue as to a material fact, and this means a jury should make such a determination.

There a lot of issues that would go into whether a waiver was void due to indue influence, because it may be necessary to prove the claims adjuster knew or had reason to know of the mental issue in a case such as this.  However, there are cases in which a claimant is incapacitated for other reasons an insurance adjuster should know such as when she is suffering from some level of mental incapacity following a serious accident resulting in personal injury.

This is not to say that the waiver will be void in every case, or even many cases, but even if you have signed a waiver, it is worth consulting with an experienced Boston personal injury lawyer to see if he or she thinks you may still have a claim.