According to recent news article from The Dispatch, the operator of a rented pontoon boat and the owner of the rental company have both been charged with criminal negligence in connection with a tragic accident that resulted in the death of a nine-year-old boy in Maryland. 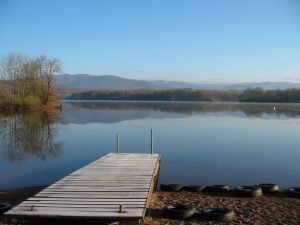 Authorities report the defendant operator rented the boat in Ocean City from a boat rental company and was operating the pontoon boat with passengers seated on the bow.  Under the relevant state statute, it is illegal to operate a boat with passengers seated on the bow of the boat.  At some point during the ride, the young child fell off the bow of the boat, and the boat rode over top of him until the propeller from the boat’s outboard engine hit the boy, who was killed in the accident.The charge filed against the operator, negligent operation or a watercraft, is a misdemeanor that carries a maximum penalty of a $500 fine.  The operator allegedly said he knew passengers were on the bow, but he could not see them from his position at the helm.  He then allegedly said that he only became aware the boy had fallen off the boat when he heard other passengers screaming in terror, but by that point it was too late.

The owner of the boat was also charged with a crime, because the boat was not fitted with proper equipment, and there were also various recordkeeping violations alleged.  It should be noted that all of these criminal charges against the two defendants are merely allegations, and they are both presumed innocent unless and until they are found guilty in a court of law beyond a reasonable doubt by a judge or jury.

As our Boston personal injury attorneys can explain, the fact that a defendant was also charged with a criminal offense may have a major impact on a civil negligence lawsuit.  The first issue is that it might delay your ability to proceed with the civil case until the criminal case has been completed. This is because any criminal defendant has an absolute right to remain silent.  This means that he or she cannot be forced to answer any questions until the criminal matter is concluded.

However, this is not necessary a bad thing.  If a criminal defendant is convicted of a crime or admits guilt in exchange for any type of pretrial diversion, it will be very difficult for him or her to later argue that they were not liable in a subsequent personal injury lawsuit. More likely, this will help your experienced personal injury attorney convince the defendant’s insurance company to make a reasonable settlement offer that provides you with a full and appropriate financial recovery for your total losses.

Another reason it may be helpful is because when something is illegal, your attorney can argue that the same conduct is negligent per se.  This basically means that the conduct is negligent as a matter of fact.  However, this does not mean you automatically win your case, because even if conduct was negligent, it must also have caused damages.  That includes the two elements of causation and damages.