The aides and nurses at the Braemoor Health Center lacked the fundamental knowledge necessary to save the life of a dementia patient suffering a heart attack in their care. The facility also neglected to inform state officials of the death, initially saying it was because the man had no family. Later, it was revealed administrators feared “bad press,” as their parent company was already under scrutiny for two other deaths in Wilmington. 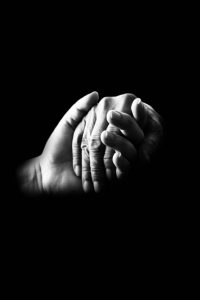 State health officials released the 70-page report on their investigation more than a month after barring the facility from accepting new patients, fining it $200,000 and freezing its payments from Medicare – the bread-and-butter of any nursing home.

The report offers a scary glimpse into the day-to-day operations at Braemoor, owned by Synergy Health Centers in New Jersey. The report followed two surprise inspections earlier this summer following a tip-off regarding the two deaths, in March and in April. Those inspections revealed a host of problems. For starters, the staff in charge of caring for these elderly, frail patients had little-to-no staff training in basic life support care. Meanwhile, the machines staffers relied upon to provide emergency oxygen to patients suffering medical emergencies – those were empty. The emergency medical devices used to restore a regular heart rhythm to someone experience an active heart attack – those devices were defective. The alarms in place at each window and exit of the building to prevent dementia patients from wandering off-site – many of those were missing or not working.

Based on these findings, Massachusetts health officials immediately ordered Braemoor to stop taking patients because those who were already there were in “immediate jeopardy.” Braemoor, according to The Boston Globe, is just one of 11 Synergy facilities in the Commonwealth.

Investigators would later learn there were widespread problems with nursing home staffers not being properly trained in how to appropriately respond to a “code blue” emergency.

In addition to the death of the dementia patient in April, investigators combed over the details of a former patient who died in his home of a drug overdose two days after he was released by the facility. This might not have been the nursing home’s problem, except for a few key facts. The man was admitted to the facility following a partial leg amputation and had a history of depression, anxiety, chronic pain and opioid abuse. He was deemed a suicide risk and was on medications to reduce his cravings for opioids. Despite all this, as soon as the man was admitted, he was prescribed a cocktail of narcotics – including the very same drugs to which he had professed an addiction. This was done without any assessment of whether this was the most invasive or effective course of treatment. At one point, he was rushed to the hospital unresponsive, and hospital staffers informed the nursing home that his mix of medications was dangerous. He was soon after discharged for violating the rules by bringing alcohol into the facility. Two days later, he was dead of a drug overdose. The report indicated staffers did not conduct a required medical evaluation of the risks of opioid medications in this patient’s case and didn’t consider his danger of relapse or risk of suicide in discharging him without further resources.

In another case, it was revealed the director of nursing waited more than a week to report an alleged sexual assault of one patient by another. Those potential crimes are supposed to be reported to the state immediately. The administrator reasoned she first had to finish her own investigation – which is not a legitimate cause for delay.

The facility and its parent company say a number of steps have been taken to correct the deficiencies on staff education, defective equipment and timely reporting – all evidence of nursing home negligence.