Boston winters tend to come with lots of snow.  More so than in many other parts of the country.  In addition to the snow, we also get colder temperatures and wind chill factors than many other cities.  This combination of snow and sub-zero temperatures can make it very difficult to go out and fully clean off your car in the morning before work. 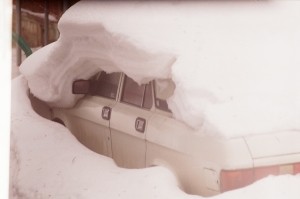 In that case, the chunk of ice was heavy enough to actually shatter the window of the vehicle it hit, causing that driver to suffer a complete loss of vision.  While this is a problem with cars, it can be an even greater problem with large semi trucks.  We have all been driving and have seen huge slaps of snow and ice go flying off the roof of a truck and crash into the road behind it.  If that slap of ice were to hit a car, there is no telling how much damage it could do.

While it may seem difficult to climb on top of a truck and de-ice it, that is what the standard of care in a Boston personal injury case might require of them, and that can be the basis for proving negligence.

The issue of whether a truck driver has a duty to remove the snow and ice from the roof of his or her truck comes down to two things. If there is a specific law that so requires, this is often enough to establish a duty of due care and a breach of that duty.  We call this negligence per se.  However, while this may be enough to establish a breach of duty of due care, it does not mean you will automatically win your personal injury lawsuit.  The reason for this is because in the Commonwealth, you are also required to prove causation and damages.

In our legal system, causation is further broken down into actual and proximate causation, and proximate causation is the most important element in most cases. It is not enough for the defendant to breach his or duty of due care.  That breach must actually cause an injury to the plaintiff. The monetary extent of the injury is what we mean by the term damages.  In addition to damage to other vehicles that can cause an accident, there have also been cases where the snow comes flying off a car and seriously injures or even kills a pedestrian.

Leaving snow and ice on cars can cause dangerous accidents, December 6, 2016, By Cassie Schrim, Fox News